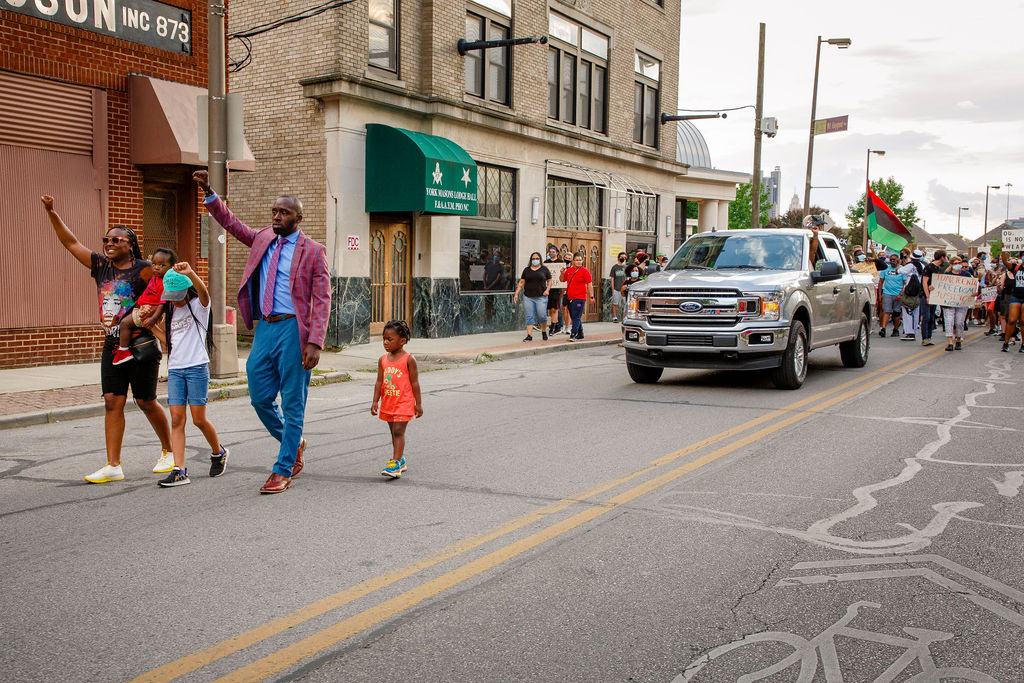 The winner of the National Onion Ring Day showdown is…

Friday—the day that would have kicked off Pride weekend—was instead the day that a few hundred residents joined the LGBTQ community and its Black Lives Matters counterparts at 6 p.m. and marched the nearly two-mile stretch from the Columbus Police Department to the Maroon Arts Group complex to peacefully protest and make their voices heard.

Libations followed by a resounding, Ashay, from the crowd. Messages of solidarity. The persistent beating of drums. A liberating walk through a historically black neighborhood. All done to celebrate these three things on Juneteenth 2020: heritage, Pride, and blackness.

The Pride March to Commemorate Juneteenth, organized by Black, Out, & Proud, peacefully and powerfully exhibited the strength of the LGBTQ+ and black communities in Columbus and their continued fight against systematic racism.

During a weekend that is typically dedicated to Pride, the LGBTQ and black communities came together to further amplify black voices at the frontline of protests.

These voices of Black, Out, & Proud community leaders, including co-founder of Bake Me Happy Letha Pugh and local artist Charles Smith, addressed the needs of black LGBTQ members, radical change within the city’s police department, and an urgency to continue to push forward the cause for equality.

After almost 30 minutes, protesters then assembled to begin a march to MPACC on Mount Vernon. For nearly an hour, protesters filled the streets, following a truck with a chorus of uplifting drumming and calls for peace, justice, and equality.

Below is a gallery of images captured by (614) freelance photographer Rebecca Tien.

Thanks for stopping by but it looks like the contest you tried to enter is over. Keep an eye on your email for a chance at the next one!

Congratulations, ! You earned one entry into our Big Perk of . You now have entries

Be sure to open tomorrow's email and click the giveaway link for another entry!

Enter your information below to earn an entry into our

What do we have here?